Take a pinch of mountain gypsy, a dash of psych-folk and a combine it with an ocean of split-open-and-melt lyricism, intricately delivered by one of the most unique voices in music, and you have Lucy Michelle and the Velvet Lapelles. Since bursting onto the Twin Cities music scene in 2008, the fiery sextet have blossomed into one of the most celebrated and cherished young talents to emerge from Minnesota in recent history.

Lucy Michelle and The Velvet Lapelles’ incredibly polished, yet wholly organic, sound can be directly attributed to an interweaving familial-like chemistry that has created an airtight bond among the six players. The band formed in 2007 as a result of casual jam sessions that were led by Lucy with friends Geoff Freeman (drums), Ashley Boman (accordion, bells) and Jesse Schuster (bass), at Lucy and Geoff’s University of Minnesota college flop house in NE Minneapolis. Loosely arranged social gatherings, where music was played, eventually turned into full-blown band practices and writing sessions with the additions of Eamonn Mclain (cello) and Chris Graham (guitar).

The band soon started gigging around Minneapolis-Saint Paul and quickly caught the eyes, ears and hearts of local music fans and critics alike being named City Pages “Picked to Click” Best New Band of 2008. In-studio performances on nationally recognized taste-maker 89.3 The Current followed with the station calling the group, “One of the Twin Cities most talented and endearing bands.” With each member drawing inspiration from their own wildly eclectic musical palettes, they collaboratively create all of their songs with the Velvet Lapelles orchestrating complex, lush arrangements that dovetail with Lucy’s whimsically anecdotal and emotionally evocative story telling. In addition to releasing three critically acclaimed albums (Orange Peels & Rattlesnakes, Special Party Time for Everybody and Good of That) in three years, the band has had their songs tapped for the award winning Minnesota Beatle Project Vol. 1 (2009), a featured TED documentary (2010) and an international ad campaign for Macy’s (2011).

Lucy Michelle and the Velvet Lapelles have performed to sold-out audiences at legendary venues like First Avenue, Cedar Cultural Center and the Fitzgerald Theatre. Having the Twin Cities official stamp of approval firmly in hand, Lucy Michelle and company have toured the United States from coast-to-coast, performing alongside the likes of Thao & Mirah, Titus Andronicus, The Head and the Heart and Trampled by Turtles. At a recent stop in Minneapolis, The Head and the Heart front man Jonathan Russell proclaimed his love for the band after they opened the show asking the audience –“Why didn’t you guys tell me about Lucy Michelle and the Velvet Lapelles? They’re great!”

Riding the ever-swelling wave of creative energy and recent success, Lucy Michelle and the Velvet Lapelles have completed work on their fourth full length release, Heat, at Vacation Island Recording Studios in Brooklyn with acclaimed producer/engineer Matt Boynton (MGMT, Beirut, Bat for Lashes). The new record is comprised of all original material written predominantly by Lucy Michelle during the bone-chilling Minnesota winter of 2010/2011. Many of the songs center around the feeling of being trapped and isolated while yearning to be somewhere else; physically or psychologically. Heat showcases the artistic growth and sonic evolution of the band’s sound which translates into a magnificent record laced with scorching lyricism, hauntingly beautiful melodies and gorgeous harmonies that create an expansive, yet highly focused and cohesive body of work. 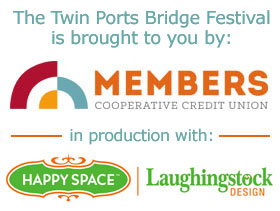