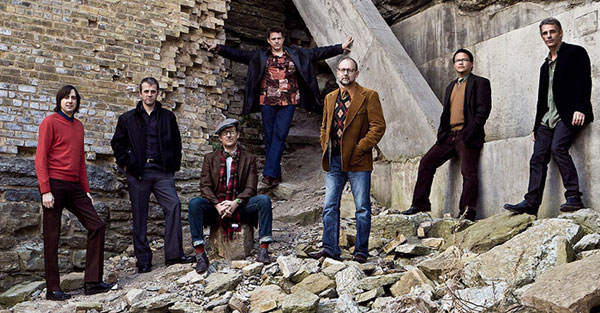 It’s not clear if Adam Levy, frontman and creative force behind The Honeydogs, meant the title of their 10th studio release (and first full-length effort since 2006) as a statement or a question. The album’s songs merge simpler lyrical content of early works with the deceptively sophisticated music making of The Honeydogs more recent offerings. Written in a short spell and recorded in just 5 ½ days, these lilting, memorable tunes lent themselves to a bare-bones recording approach. With shades of Leonard Cohen, Nilsson, Nick Drake, and Tony Joe White the band has created a soul folk and country record tracked as an ensemble with minimal overdubs. Despite it’s sense of ease, the album still brings moments of unabashed rock, including the impassioned title track and the almost-psychedelic “Devil We Do”. On What Comes After the band truly marries it’s original roots sensibility with complex orchestral pop and soul arrangements.

After 16 years together, the band has weathered successes and missteps, raised children, seen loves come and go, and throughout, thrived as an ensemble even when it seemed that no one was noticing. Yet with their maturity and experience, Levy never lets the band assert conceit – instead of answers, What Comes After asks questions, ponders the little things, and carries the listener along with gently lingering melodies and poetics. Sometimes it is the simplest of things that stay with you– and this collection of songs will surely cling to your heart.

“Best from the Honeydogs in years” Bill Wilcox – Twangville